Webstreaming and Facebook Live for Castelli and Team Sky

We have had a fair amount of experience in executing live web-casts so when Castelli and Team Sky asked us to organise the Facebook live stream for the unveiling of next years team jersey, we were all to happy to help out.

The slightly tricky part was executing a successful stream in the time we had to prepare, under one week. 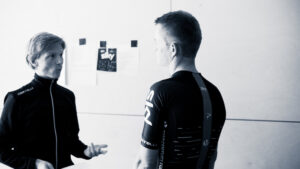 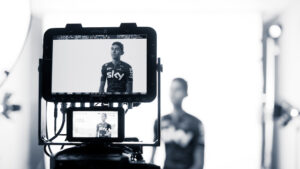 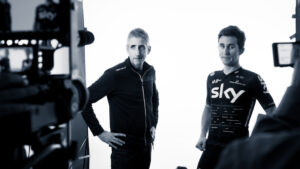 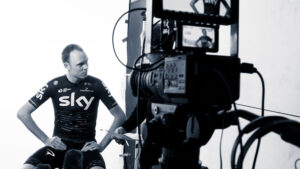 The start point for the job was working with Team Sky before the event. We packed up a healthy shoot kit and went on the road to Manchester, the venue was the Health and Performance Centre at the Etihad Stadium complex.

Team Sky were having a team camp where the athletes were taking part in a number of activities, from aerodynamics testing to 3d data capture of their individual riding styles, this camp really showed how much time and effort goes into one of the world class cycling teams.

Our part of their camp involved filming the riders, asking them their opinion on the new kit and some of the stories surrounding the teams recent events and looking to the future for the next challenges.

GETTING THE RIGHT TECH 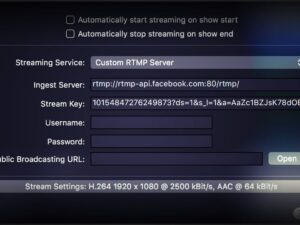 As always, we investigated new technologies that might be able to help and created a system of various boxes and camera gear that really packed a punch!

We had to ensure we had the right bandwidth at the venue and no nasty firewalls were between us and the public. 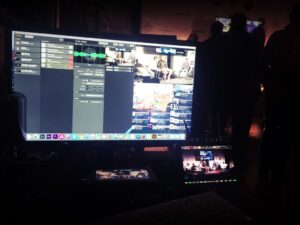 Our live production set-up was small but beautifully formed, allowing us to pick from several camera angles, injecting other video and images on the fly. Directing the whole show from our streaming station. 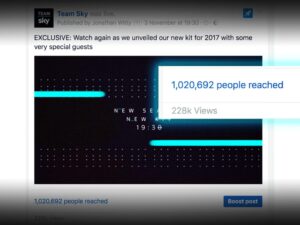 We knew that between Team Sky and Castelli there was a large reach on facebook, but none of us really knew how far this content would go.

The viewing figures for the stream surpassed our expectations as large numbers of people all over the world watched and engaged with the live feed.

All in all, this was a great event and we were so happy of the results achieved. Facebook, live production and a great piece of news really seem to have the perfect storm required to make waves in online video delivery.

We can’t wait to get another job in and you never know, we may be broadcasting from a very special cycling tour…