Paul Oakenfold and Carl Cox are names that need little introduction. As pioneers of dance music through its evolution, they helped define a generation.

As video producers we often get asked to create video content that takes us to interesting places with incredible sights to point our cameras at, this was possibly one of the most iconic to date.

After our successful efforts  a year ago when we created a video piece to celebrate 100 years of ownership and care of the site by English Heritage, we got a call which none of us could quite believe would come true. A live performance by Paul Oakenfold and Carl Cox from the site to be attended by 50 invited guests. 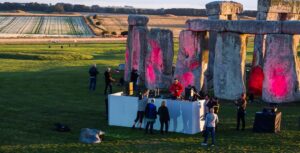 Paul has been lucky enough to play sets at incredible locations world wide (Mount Everest base camp & The Great Wall of China are just a couple of examples), now he set his sights on one of our own world heritage locations. He was not only to play the set but record his new album live at Stonehenge.

Craig (producer & cam operator) and Simon (drone pilot) charged all the batteries they could lay their hands on, sourced a new focal length lens and set off to see what the night would hold.

On arrival the public were being ushered out at closing time to allow the preparations to begin. Not only did they have to construct a DJ podium but also install a lighting and projection rig ready for the sunset. The weather was incredible, and we were treated to the perfect golden sun to start the event. It was time to get the drone in the air. 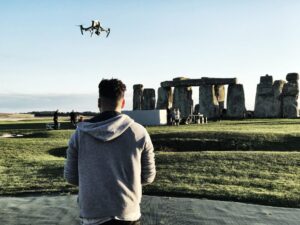 As night fell, Simon and Craig worked together to generate some of the most stunning drone video of the year as the guys from Motion Mapping projected stunning graphics as the backdrop for Paul and Carl’s set.

In the first instance the footage was used by several international news organisations, but the full film of the event is yet to be edited.

Check out this CNN report of the event, all the drone footage was shot by Bexmedia.

We managed to snap some of the behind the scenes of this magical event: 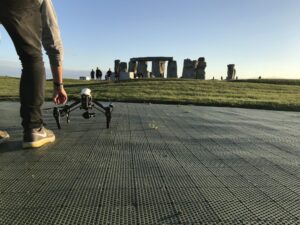 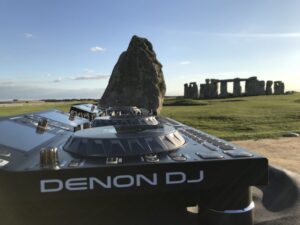 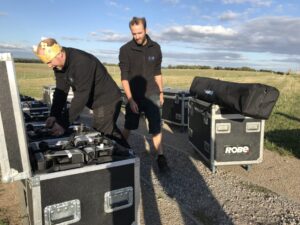 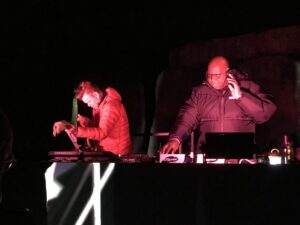 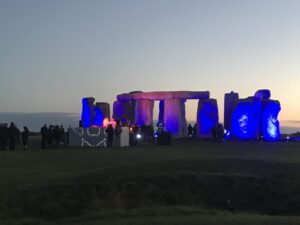 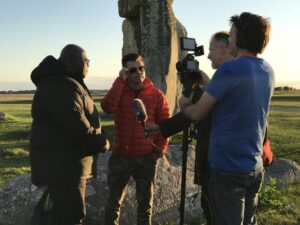 A massive thanks must go out to Alon Shulman of World Famous Group, without whom this event simply would not have taken place.

Check out some of the drone images we captured below: 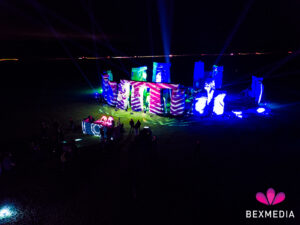 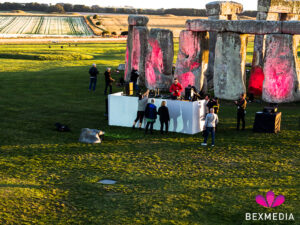 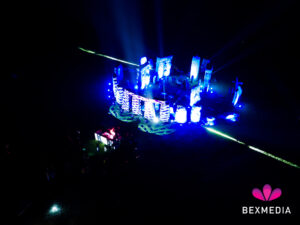 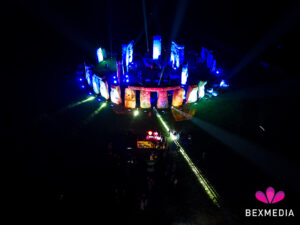