A 36 HOUR LIVESTREAM RAISING MONEY FOR THE NHS

During the times of Covid-19 we have seen many incredible fundraising efforts across the country for the NHS. The public response has been heart warming and the efforts from all the fundraisers is admirable.

To the same end, Geraint Thomas wanted to do his bit by riding on his turbo trainer (Kickr) for 3 shifts of 12 hours one day after the next. Riding with other people in the cycling software Zwift.

His team approached us to help broadcast this herculean effort to the public across facebook.

This was not our typical livestream…

THE PLAN – IN ISOLATION

With the current lockdown and social distancing measures being active, the way we approached the planning and preparation was absolutely key to the success of this endeavour.

We had a limited time to set this up and all the technical dots and logistics needed to line up, a challenge but we had the support from many different people, all helping to get this done.

Internet connectivity was critical, we assessed G’s internet to be suitable for supporting the stream but his garage where he was going to ride was apart from the house. We arranged for a kit to be delivered that connected from his house out to the garage, providing that all important link to our studio allowing us to live produce the event.

We then worked with G to prepare all the equipment, advise on the technical aspects that he would need to do at his end to ensure as smoother ride as possible (pun absolutely intended!) 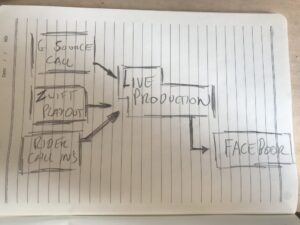 We had three main visual components of the stream.
1) A source call with G which was his main camera in his garage which would be used for the majority of the stream.
2) A feed from the Zwift software which shows him on his virtual rides.
3) Image and video assets to populate the rest of the screen, allowing for updates to be added and competitions to be highlighted throughout the challenge. 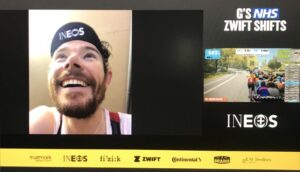 During the process of the stream, some of G’s fellow riders from Team Ineos rode alongside. The production team wanted to make use of this so we created another source for play out, allowing Luke Rowe to be on the stream for the Facebook audience to enjoy their chat. 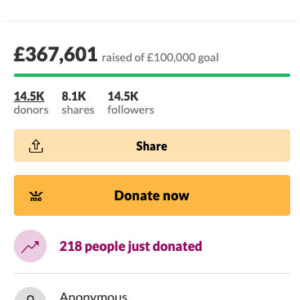 Let’s be clear here, the effort that Geraint put into this stream was awe-inspiring. He got people riding with him, spreading the message of thanks to the NHS and the importance of what they do for our country.

He had so much support from the both the cycling community and the general public. 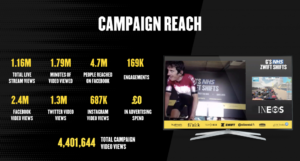 A THANK YOU FROM G