Whilst preparing for the Dauphine Chris Froome was incredibly unlucky. A freak cross wind caught him as he was clearing his nose, sending him and his bike flying into a wall.

He sustained significant injuries which not only ended that race but also his season goal of winning his 5th Tour de France. The news of his collison sent waves through the world of professional cycling. People speculated on whether this was to be a career-ending crash, as well as questioning the strength of Team INEOS for the fast-approaching Tour.
Egan Benal and the team went on to win the 2019 Tour without Chris but he was missed as both an integral part of the team and by the public alike. 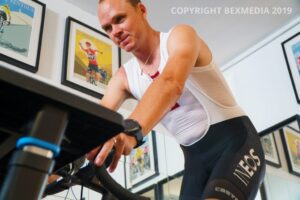 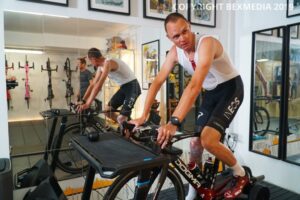 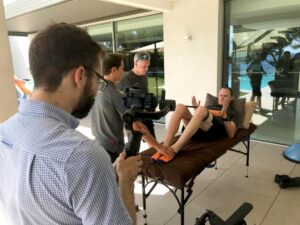 Forward wind a couple of weeks and the Bexmedia team were tasked with producing the world exclusive interview on the current state of play with Chris, his reactions to the crash, his thanks to the overwhelming support he has had from the sport and his ongoing recovery with a clear goal, to win the Tour de France 2020.

He was, as ever, candid, open and honest. Giving us an incredible insight to his experiences over the last couple of months.

We filmed this piece on location at his residence in the South of France, seeing him work with the physiotherapist and doctors. The pace of his recovery being almost as impressive as his Grand Tour record.

This is the long-form video we produced as the headline to the world.

All the Bexmedia team wish him and the team the best for the rest of his road to recovery and we can’t wait to catch up with him again.

Inspirational is an understatement.

THE COVERAGE FOR INEOS

As this was undeniably a story which people were going to want to hear about, we knew this was going to get a fair amount of media attention for the team.

Three days after the release, the stats showed that the video had over 1 million minute views across the Team INEOS social footprint along with broadcast airtime on the BBC. 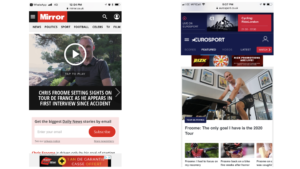 Thanks must go as ever to the INEOS support team who we worked with on this, nice one Ian & Jonathan!!